We’re delighted to announce that ‘Vanni: A Family’s Struggle through the Sri Lankan Conflict’ is out now with the New Internationalist (UK & Europe), Penn State University Press (USA and Canada), and Penguin India.

Still reeling from the devastating tsunami of 2004, Antoni and his family find their lives in turmoil when they are trapped in the crossfire between the Sri Lankan army and the Tamil Tigers during the country’s merciless civil war. Can they survive not just the loss of friends and family but also being forced from their home, leaving everything they know and love behind? Where will they go? And who will give them refuge?

“The story of the 2009 war in Sri Lanka, in which tens of thousand of Tamil civilians were brazenly and brutally killed, is rapidly being buried by power countries with strategic and business interests in the region. This book seeks to unbury those terrible, sordid secrets and place them in clear view for the world to see.”

‘Vanni’ has been seven years in the making, and was inspired by PositiveNegatives’ Founding Director Benjamin Dix‘s personal experience of working in Sri Lanka for the United Nations during the country’s civil war.

Illustrated by the talented Lindsay Pollock, Vanni is based on meticulous research – including first-hand interviews, references from official reports and cross-referencing with experts. 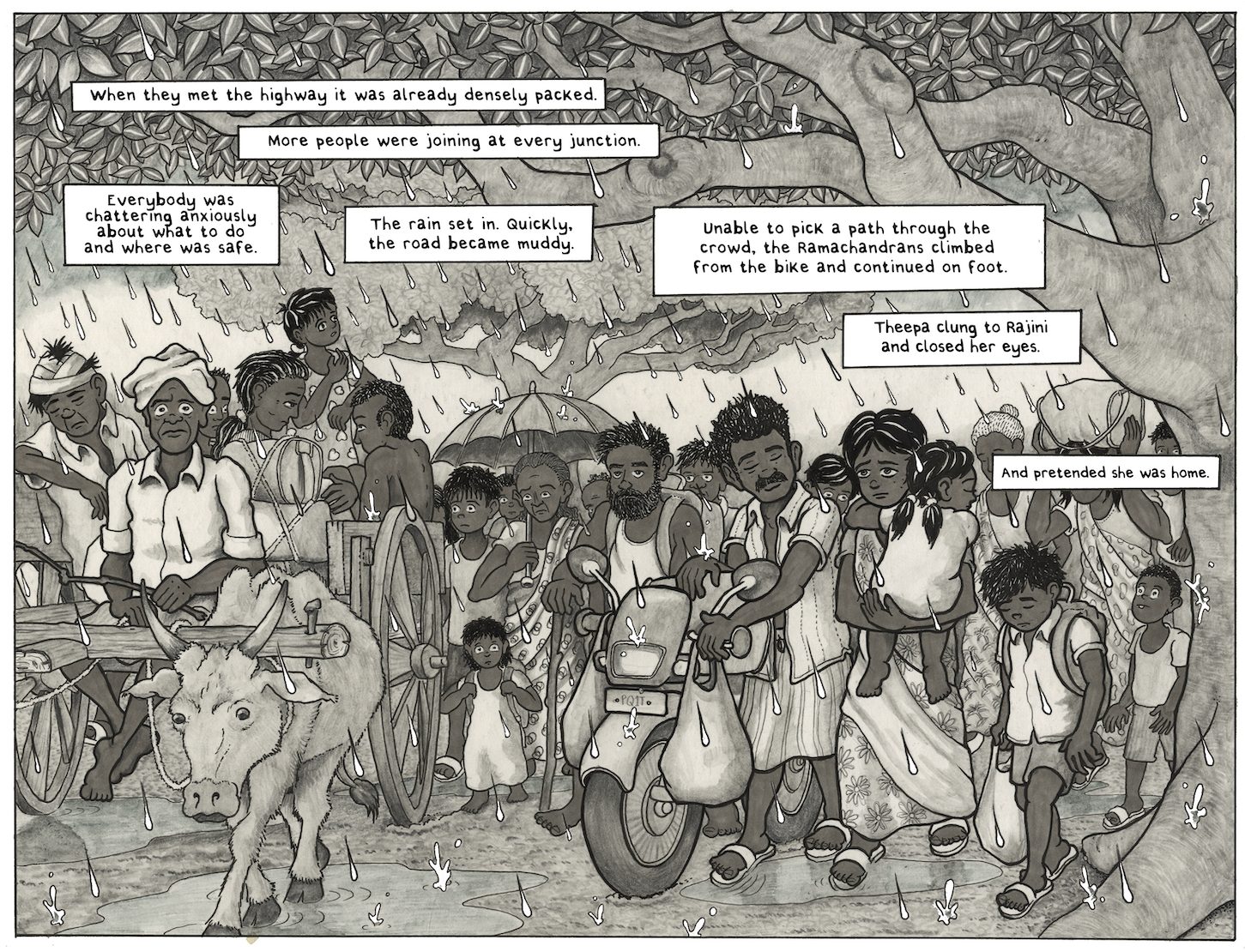 As a graphic novel, it portrays the personal experiences of modern warfare, the processes of forced migration and the struggles of Sri Lankans seeking asylum in Europe.

Vanni is named after the Tamil region of northern Sri Lanka. During the country’s civil war several hundred thousand Tamil civilians were trapped in Vanni by intensifying fighting between the Sri Lankan armed forces and the separatist Liberation Tigers of Tamil Eelam (LTTE).

Our graphic novel focusses on the ordinary lives of the people who were caught in crossfire, trapped between these ‘lions and tigers’.

There’s a 20% discount when you buy it at the New Internationalist’s Ethical Shop, or you can purchase via Amazon.

“Lindsay Pollock’s art plays a pivotal role in bringing these stories to heartbreaking life […] This is a highly recommended documentation of forced migration, the bonds of family and the horrors of war and a testament to the importance of the work of PositiveNegatives.” – Broken Frontier

“In Vanni, we are shown silent, frozen moments during the terrible scenes from the war. We are held at a distance, to observe from afar, to bear witness. This compassionate, almost respectful distance is powerful” – The Caravan

“One of the year’s best comics” – Le Monde Diplomatique