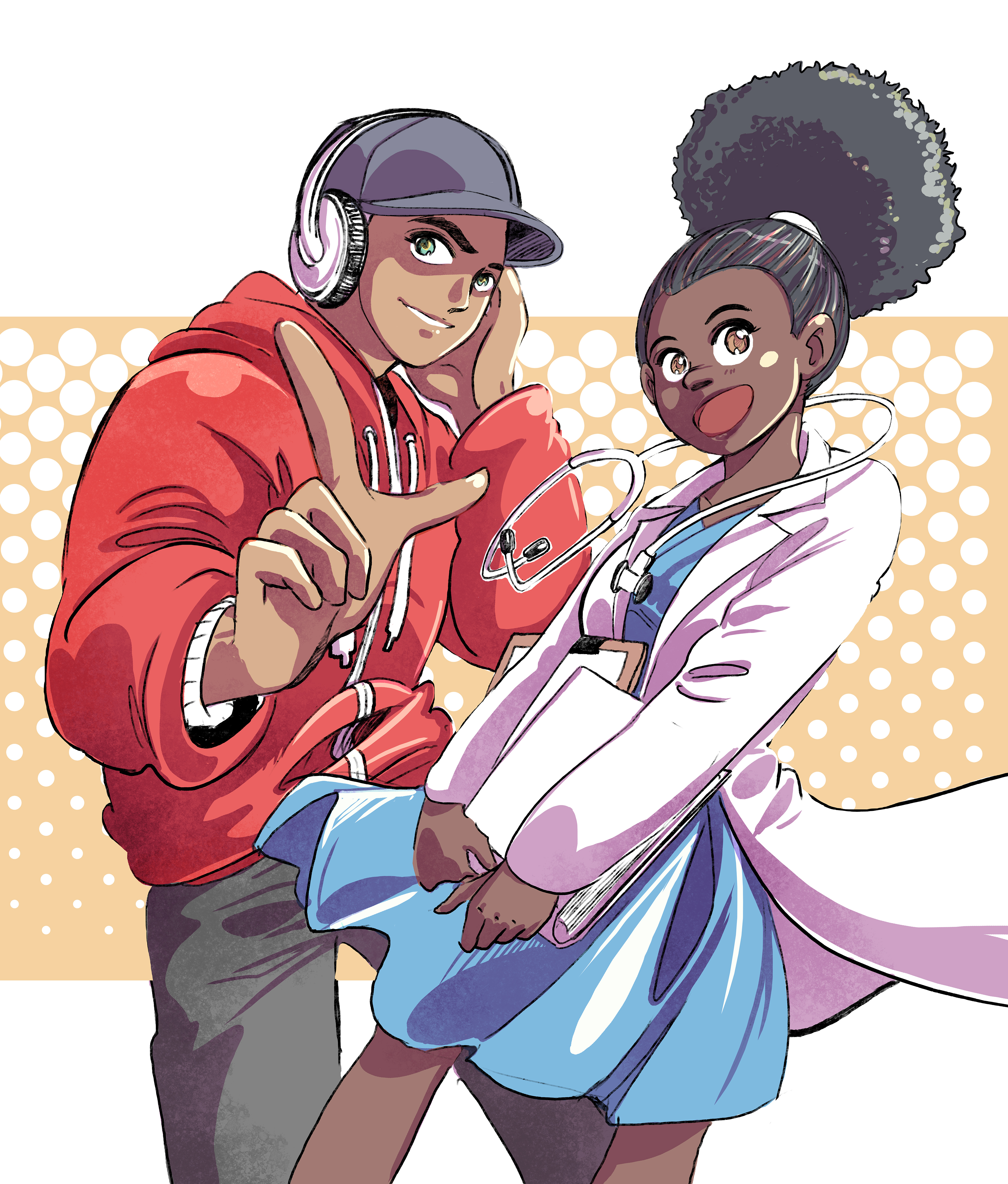 Webcomic ‘Ola’ went viral with over 130k views, and is now being developed into a year-long commission. Along with the accompanying animation ‘There Were Signs’, the stories were co-created with:

After being covered by the BBC, and following unprecedented feedback to the platform about the story’s authenticity, Webtoons contacted PosNeg about commissioning the story to run for a year. Reader comments included:

‘I live in east london and this comic is literally relating to something one of my friends is going through and what I’ve experienced.

‘I can relate so much to Ola with having to keep family stuff on the low and desperately trying to have a normal life.’

‘Love this story – love this concept and I love that you include resources at the end of each Episode. Thank you for using art as a way to give a voice to undocumented immigrants ❤️ a story that needs more visibility’

‘We couldn’t have asked for a better outcome’

‘We couldn’t have asked for a better outcome. I’m using the animation with training with lawyers…we have case studies but the comic strip conveys it in a much more emotive and accessible way and doesn’t have confidentially issue. ’ (Kids In Need of Defense representative)

‘After I read the first episode I cried, I was like, this is me.’  Let Us Learn participant)

Edutainment and formal learning compliment one another

‘In the classroom when we asked if anyone had heard of Ola, hands starting popping up, with pupils saying that it was their favourite comic and they were reading it in their spare time. It was while we were piloting the learning resources, and it made the conversation in the classroom so much richer’ (Project supervisor)

The project’s theory of change was that by creating a comic on popular youth platform, Webtoons, which pupils might come across at home, we might be able to improve conversation in classes about migration and citizenship where we were creating learning resources for teachers.

During the pilot class pupils reported increased empathy and factual understanding about citizenship law, and where to go for support.

PositiveNegatives continues to collaborate with a network of partners to reach schools and new audiences.

About the artist, Asia Alfasi

Born in Libya in 1984, Asia Alfasi spent her formative years first in Tripoli, and then in Glasgow, Scotland upon migrating there with her family. Following the events of 9/11, and upon discovery of serious acclaimed graphic novels such as Art Spiegelman’s “Maus”, Joe Sacco’s “Palestine” and Marjane Satrapi’s “Persepolis”, she realised their immense potential at humanising issues and bringing forth the plight of often marginalised peoples to the fore and therefore furthering understanding.

Asia has since won several national and international manga awards with short stories, earning her a position in London’s acclaimed 2014 “Comics Unmasked” exhibition. She has also spoken both nationally internationally on the importance of graphic storytelling in bridging gaps between different communities and given workshops addressing youth and comics enthusiasts.

For this project, Asia worked alongside talented animator Adam Zygadlo, who has worked for over 10 years across film, advertising and creative and charity sectors.

Ola is published under a Creative Commons license. This means it can be freely downloaded, printed and used for any not-for-profit purpose as long as PositiveNegatives and the artist are attributed, and the artwork is not edited.

This project was generously funded by

« Back to all stories